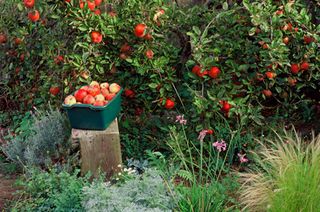 Our tree with ripe apples, which is usually in Mid-October.

However, the apples were nearly a month late to ripen this year. I was wondering if we'd ever have them for eating out of hand, chopping into yogurt with walnuts, making Waldorf salad, and making pies. But they are finally sweet enough. I decided to photograph the entire process of turning fresh apples into a pie: 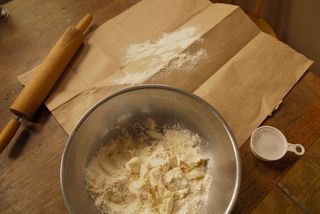 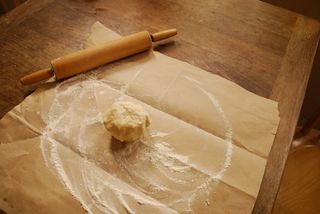 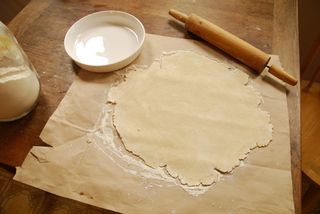 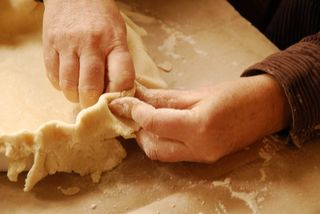 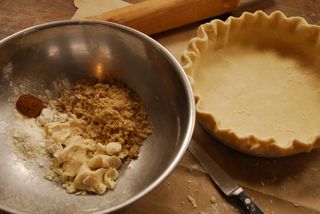 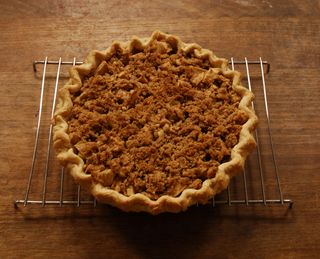 Ta dah! The finished pie. Hope yours turns out to be delicioius! Happy Thanksgiving!

You can send me an email through my website, pampeirce.com.

I'm a graduate student working with the San Francisco Department of the Environment to develop a strategy and finance plan to promote urban agriculture within the City. Your book, Golden Gate Gardening, has been a tremendous resource for my team to help us understand all the different aspects of gardening in our area. Would it be possible to meet with you for a brief interview within the next month or two? I'd love to get your input on how to make urban agriculture a successful venture for San Francisco. Thank you for your consideration.

Nice looking pie. I like the bag on counter technique for working the crust. Happy Holidays....