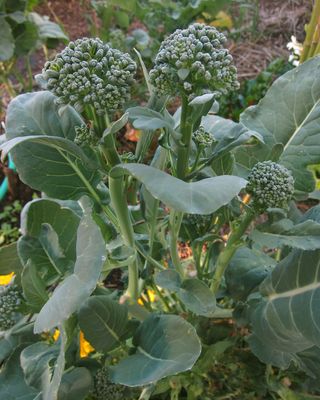 I came here by way of that stunning King Protea photo in today's SF Chronicle, and then I saw your aphids article.

I had brussells sprouts--and ants farming aphids on leaves and in sprouts--ugh! And what worked was spearmint. Ants & aphids don't like spearmint. But you have to keep an eye on the spearmint or it will take over! I tried using some in pots, but I think the roots' chemicals in the ground are more effective.

How funny. Very novel way to handle a "pesty" situation.